We kept the best for the last day in London. St. Paul’s Cathedral is architect Sir Christopher Wren’s masterpiece, so much so that his tomb in a lonely corner of the cathedral’s crypt implores you to look around to see his memorial. I studied architecture during my undergraduate years, and the history of architecture was one of my favorite classes. Visiting St. Paul’s has been near the top of my list ever since. It’s one of the rare domed cathedrals in England, and you can see it from a distance from anywhere in the city of London. It was the tallest building in London from 1710 to 1963. 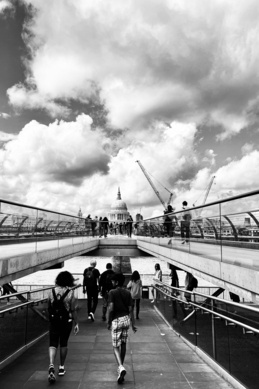 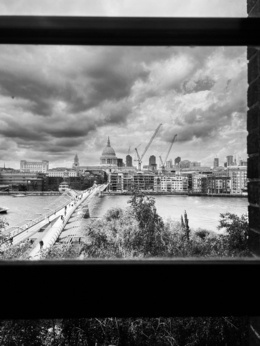 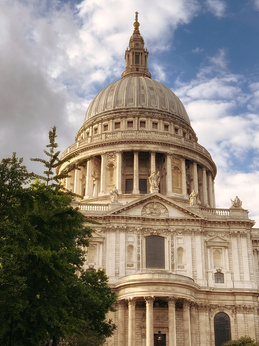 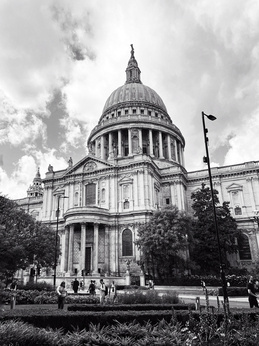 Before you even enter the cathedral, you can approach it from any direction and yet be impressed by its scale. Whether you cross the Millennium Bridge from Tate Modern, walk the narrow Watling Street after a satisfying lunch at Koya City, or take the double-decker via Cannon Street, you cannot help but keep your eyes on the dome.

Compared to Westminster Abbey, you do enter St.Paul’s through the primary West entrance and the long vaulted cathedral floor, starting with the nave, the central dome, and the quire yawns in from your eyes, taking your breath away at first sight. Audio tours via a listening device are included with your admission ticket, and I recommend taking it even if you don’t listen to the whole thing. The giant baptismal font is big enough to qualify as a small swimming pool, and I wonder if it was built to dunk more than a dozen babies. 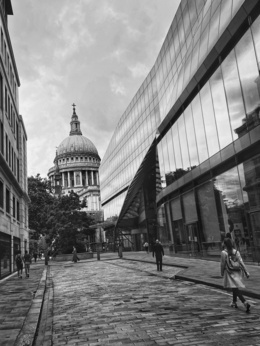 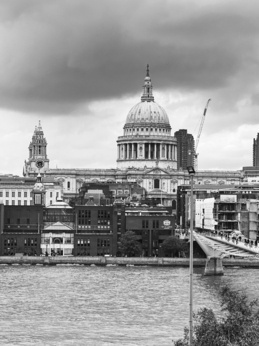 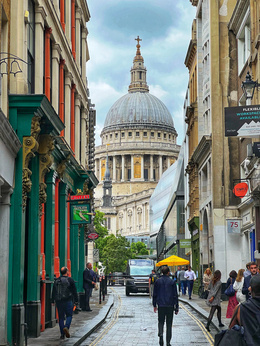 If I remember my history class correctly from circa 1997, built in the English Baroque style, the cathedral is laid out in the form of a cross. Still, it is comparatively long for its width and was known at the time (even now) for displaying its structural details rather than hiding them. Think of the Lloyds of London building merely taking it further. This gives the cathedral more volume and floor space; thus, Charles and Diana’s wedding took place here instead of at Westminster Abbey to accommodate more guests. 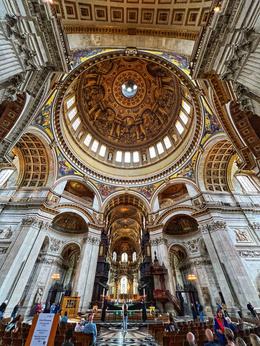 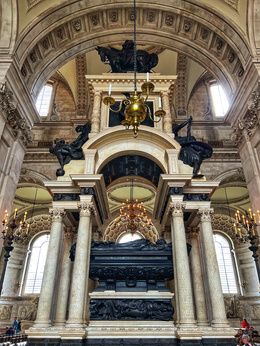 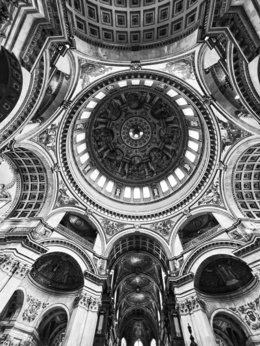 We strolled along the cathedral floor, weaving our way through the North and South Aisles and detouring through the Transepts before going around the Quire while keeping our eyes on the grand walls and the magnificent dome. As in Westminster, the Cathedral is chock-full of English generals and nobles’ memorials. The Crypt that we toured later has the resting places of people like the Duke of Wellington and Admiral Nelson, who are as close as it gets to all-time English military greats. Since it’s an active place of worship, preparation for prayer services is always ongoing. If you visit during a service, you will get a perfect demonstration of the cathedral’s acoustics. One interesting thing I learned is that although Christopher Wren was more of a monochromatic guy and preferred his adornments to be less fanciful lest they be mistaken as Catholic, Elizabeth I has a more ostentatious style and is responsible for most of the gold-trimmings and colorful mosaics. The mosaics are not bad, but the gold plating is a tad too gauche for me. 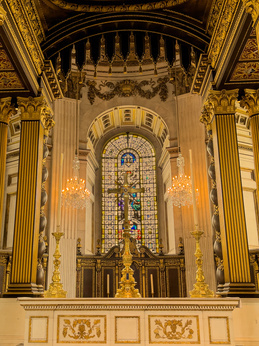 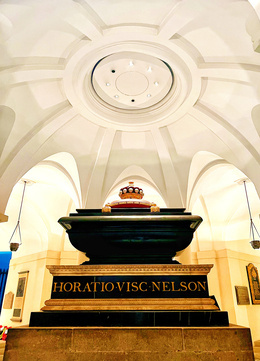 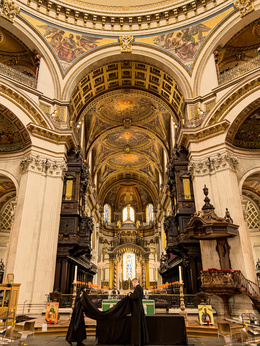 One of the parts of the tours that you are unprepared for is scaling the dome. By scaling, I mean climbing the seemingly never-ended spiral staircase that leads you to the Whispering Gallery, which unfortunately was closed but then keeps climbing to first the Stone Gallery and then the Golden Gallery. More than 500 vertical steps later, you can look out over London in a near-360º view from the highest point in the City of London. Well, it’s not as high as the Shard now but nevertheless a grand view worth the climb. The crypt is a little underwhelming and a historic but classier version of the Hollywood Walk of Fame. Nelson and Wellington get prime spots for their tombs, and you can see a smattering of other historical figures like Florence of Nightingale, Alexander Fleming, William Blake, etc.