English law and royalty are heavily codified with religious edicts. In reality, things aren’t as spiritual as even in the U.S. Coming from the U.S., where separation of church and state is codified into law, it can be disconcerting to see the upholding of religious values and loyalty to God embedded within mission statements of even universities and the Parliament.

As turned off, I am by the display of religious beliefs by individuals; I am always captivated by the architecture. Ever since my architecture days in India, visiting Westminster Abbey and St. Paul’s Cathedral in London has been on my bucket list. I’ve read and studied its architecture in detail and could only imagine its grandeur through photos and prose, but standing within the sanctum of the kings & queens it’s a different experience. I had heard about the King’s Chapel in Cambridge but not as much as the other two, so that was a revelation.

Because all cathedrals are still functioning places of worship, it’s even more awe-inspiring to hear the preacher’s booming voice bounce off the stone walls or the organ resonating its deep tones all around you.

Although we laid eyes on the Westminster Abbey on the first day we landed in London; we had reservations to go inside a couple of days later. But booking tickets in advance was useless since we all had to stand in the same line to get in. We entered not through the main entrance but a lateral one, so the immediate impact wasn’t as impressive. After adjusting our eyes to the cool dark interiors spotted only with bright stained glass windows, the chapel’s beauty slowly revealed itself. 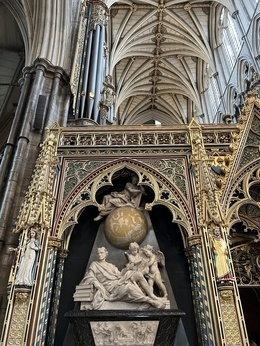 We hesitatingly walked on the resting places of greats like Charles Darwin, Alfred Lord Tennyson, and Lord Byron and laid our eyes on the memorials to Issac Newton and other greats. The only grave we were not allowed to walk on was that of the unknown soldier whose remains get the most reverence (now). 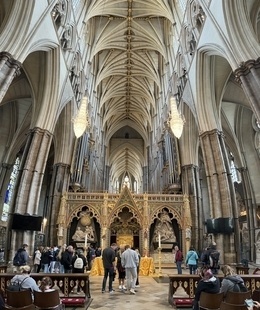 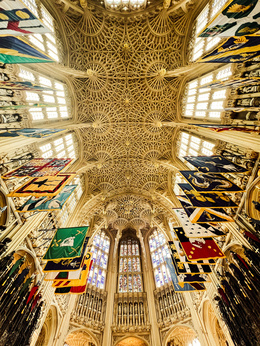 The long hallways with flying buttresses holding up the lattice ceilings make you look up more often than in any building. The scale of everything around you is meant to awe you and make you feel insignificant. 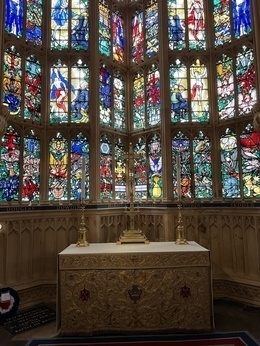 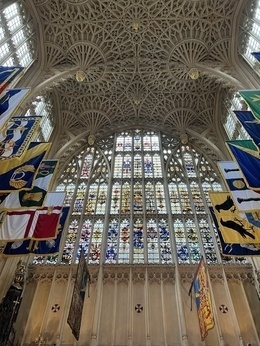 The altars are inordinately ornate, and gold-trimmed candelabras lend a very royal ambiance that you often don’t see in the U.S. So much gold-plated ornamentation would make it seem gaudy. Still, the contrast against the intricately carved Gothic columns and windows almost makes it feel in sync. 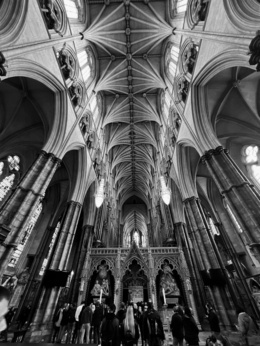 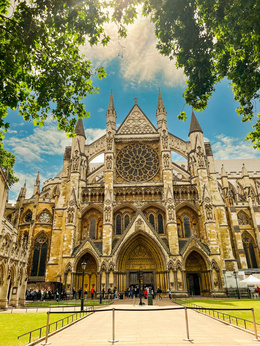 We were also lucky to access the Queen’s Jubilee Gallery, which takes you to the mezzanine level of the chapel, where you get breathtaking views of the floors below. Unfortunately, photos were not allowed, so our eyes must remember. We spent an entire morning in Westminster and then got to lunch at the cafe inside just in time before the crowds arrived.